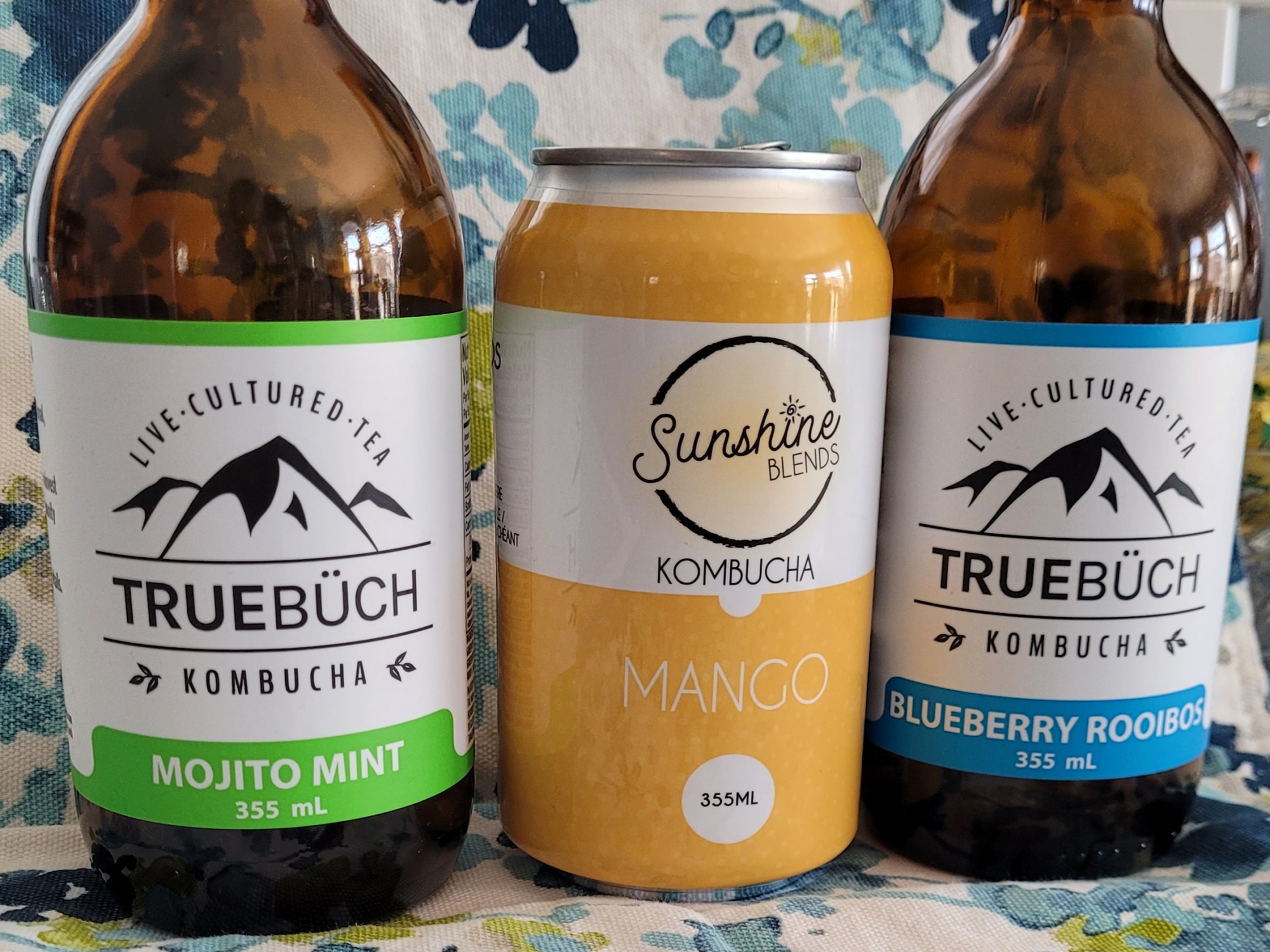 Just try it, you wuss.

I am not what you call an “early adopter”. I tend to be very skeptical of trendy health crazes and the latest fad diets or products. But I am suggestable, and I do try to keep an open mind. I loved Scrubs (the TV Show) and started listening to the Zach Braff/Donald Faison re-watch podcast “Fake Doctors, Real Friends”. (Recommended for fans of the show). Their flagship sponsor is GT’s Kombucha’s and after hearing the ads over and over I caved and decided to try it.

I had previously tried a kombucha – I can’t recall what brand – and ended up dumping the whole thing out. Whoever made it, it tasted horrific. So even if I could remember, I wouldn’t disclose as who wants to get sued? Besides, this is about the positive, not the negative, so forget them.

Zach and Donald had the owner of GTs on their show and while I get pretty agitated by products that claim to cure everything from athlete’s foot to cancer, I do know that there are some bona fide studies linking healthy gut to a strong the immune system. Further, there does seem to be a connection between obesity and not having healthy gut bacteria. In animal tests where gut bacteria of skinny rats were fed to fat rats, the fat rats got skinny. I’ve done crazier things to lose weight, that’s for certain.

Here’s a link to a dietitian’s take on kombucha from the Cleveland Clinic: https://health.clevelandclinic.org/what-are-kombuchas-health-benefits-and-how-much-can-you-safely-drink/

It was GT’s Kombucha I was looking for when I stumbled across Truebuch. I’ve since tried a few flavours of GT’s (Gingerade, Trilogy, and Mango) and they’re not bad, but they have a higher amount of carbonation that actually irritates my stomach a bit. But it was Truebuch that I stumbled across first, and decided to give it a try because it’s made right here in Calgary. And I’ll be damned, I actually liked it.

ICYMI, kombucha is a beverage that is made by fermenting green and/or black teas by adding yeast and bacteria – similar to how yoghurt is made by adding yeast and bacteria to milk. The bacteria consume sugar and release gas as a byproduct, which naturally carbonizes the liquid. Fruit juices are used to provide flavour and the sugar needed for the fermentation process (although some brands do add additional sugar). The fermentation produces very small amounts of alcohol and has a slightly boozy taste to it.

Some Kombucha’s ratchet up the sugar and juice content, perhaps to mask that boozy taste. When I say “boozy taste” think draft beer, not chardonnay. Truebuch is quite low in sugar – 11 grams per 355 ml bottle. By comparison, the same size can of Coke will run you 39 grams of sugar; Red Bull – 27 grams. A bottle of beer has about 3 grams of sugar, but generally drinking beer at work is frowned upon.

Kombuchas do contain trace amounts of caffeine (from the tea base) and alcohol from the fermentation process. Products that do not have added caffeine and are well known to naturally contain caffeine (tea, coffee) do not require labelling indicating the amount of caffeine in the product; if you have an allergy to caffeine (you poor soul, how do you function?) you should be cautious about trying kombuchas in general. Products containing more than 1.1% alcohol by volume must be labelled in Canada.

Truebuch is wholly organic for those that care about such things. (I’m not fussy about whether something is organic or not, I’m just about the taste). Truebuch comes in 6 flavours: Vanilla Chai, Ginger, Blueberry Rooibos, Very Berry, Root Beer, and Mojito Mint. I’ve tried all but the Very Berry. Of the others, my ranking in flavours from top to bottom are: Mojito Mint, Blueberry Rooibos, Ginger, Vanilla Chai, and Root Beer. Oddly enough, although I find the Ginger tastes a lot like a strong ginger beer, and it works, the root beer just doesn’t work for me. But each to their own. When I want something milder in flavour, the Blueberry Rooibos is quite nice and less acidic tasting than the Mojito and Ginger flavours.

Pre-C word, Truebuch was available in refillable growlers at some locations. A nice win for sustainability, and one that hopefully will be able to continue post-pandemic. They support a number of local charities that benefit kids, combat hunger, rescue animals, and support green power initiatives. They give back, and I think that’s pretty swell, too.

Truebuch is available at Calgary Co-op, Save-On Food stores from BC to Manitoba, and in a large number of restaurants, health food stores, and fitness facilities across western Canada. Ontario, you can get your fix of Truebuch at The Chopped Leaf. It is available for online order/delivery in Calgary only.

I’ve been drinking a bottle roughly every other day or so, and although I am not skinny yet, I do feel more hydrated and it does seem to settle my stomach when I have overindulged and am feeling bloated and oogy. So that’s cool.

Just recently I spotted another local producer, Sunshine Blends Kombucha, out of Innisfail, AB. Sunshine Blends also produces a wide range of cold pressed fruit and vegetable juices. I tried the Grapefruit Mojito, Mango, and Pina Colada flavours. Other flavours available are Ginger, Root Beer, Raspberry, Blackberry Lemonade, and Blueberry Chai. They come in both 500 ml bottle or 355 ml can sizes, and deliver to the local Red Deer area. They are available in farm and organic markets in Edmonton, Calgary, and throughout Central Alberta. I didn’t see it on their locations list but I did find it at a Calgary Co-op, so this may be a recent addition to their vendor list.

I also liked the Sunshine Blend product, and found it to be sweeter with less of the alcohol taste and carbonation. It is closer to a carbonated juice in taste than a kombucha. However, at 18 grams per 355 ml, it does contain 50% more sugar than the Truebuch, and this could explain the taste difference. I don’t know if canning versus bottling makes any difference in the carbonation level, but I did miss the higher carbonation with respect to the belly benefits. However, if you’re looking to try kombucha for the first time, this is a good option given the milder taste.

One wise thing in terms of marketing for both companies is the use of dark glass bottles (and cans in the case of Sunshine Blend). Yes, there are chunkies at the bottom of the bottle and they do look pretty gnarly. This is normal but it isn’t appetizing and it’s best that it’s hidden from view for first timers. It doesn’t feel chunky when you drink it, it’s similar to drinking coke or beer in mouth feel and texture. I think that’s what put me off of it, along with the high price and the vague idea that was some sort of mixture of tea and yoghurt. It still is pretty pricy (most run around $5 a bottle), but still less than a venti caramel machiatto, without the calories and the caffeine buzz.

Oh, and when it says “DO NOT SHAKE” on the bottle – take that sh*t seriously. Trust me on that.